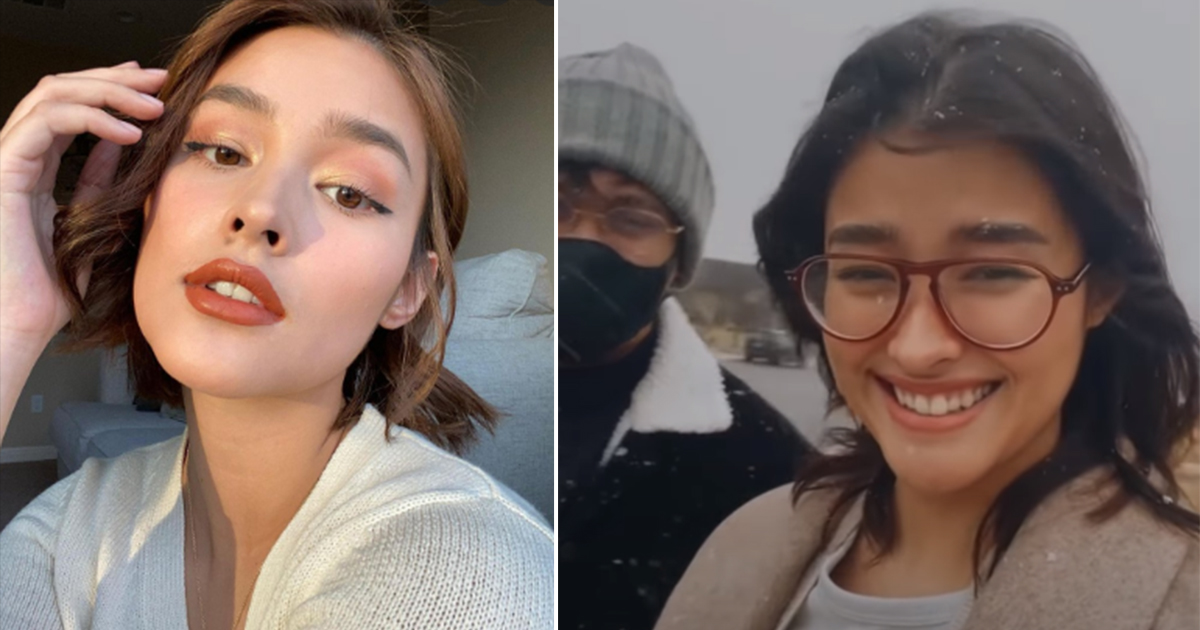 Right now Liza Soberano is on vacation with her celebrity boyfriend Enrique Gil and younger brother Justine in America. They took a vacation to America to accompany their grandmother on her mother’s side.

In her posts on her Instagram account, she posts life in America away from the press and intrigue. She is with Enrique Gil who can see their enjoyment in the snowfall. Speculations spread that she was pregnant when their photos with Enrique Gil because of her clothes and no make-up. 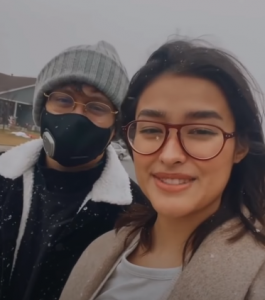 Liza’s talent manager Ogie Diaz clarified that his talent is not pregnant. The time will also come when she and her boyfriend Enrique Gil will settle down. But during these times, marriage and the baby are not possible. Due to Ogie Diaz’s clarification, speculations on Liza’s pregnancy issue have also disappeared.

According to those who know Liza, she is a simple woman, humble, has no attitude, very low maintenance. One reason why Enrique Gil loved her.

Liza’s mother is an American citizen and her father is Filipino and lives in Pangasinan. In California, she was born and raised by her grandparents when her parents were separated.

When she was 10 years old she lived with her father and her relatives in the Philippines. Because of Liza’s beauty even when she was young, she stood out so she was invited to be a model in print ads when she was only 12 years old. 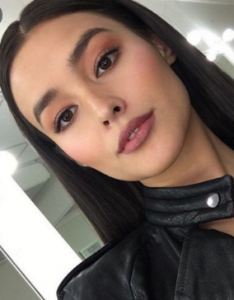 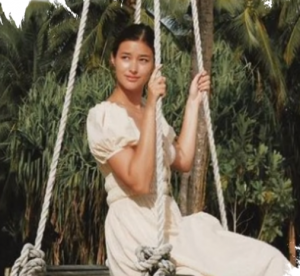 She was discovered by a talent manager when she was 13 years old and introduced to Ogie Diaz. Ogie Diaz encouraged Liza to study the Filipino language so that she could have TV projects. Because of those times, she did not know Tagalog and only she knows English.

She immediately entered showbiz in line with the loveteam Kathryn Bernardo and Daniel Padilla then. Because of her beauty, they saw her potential to be a big star. Liza was with Julia Barretto and Janella Salvador at Star Magic who recognized them as the IT Girls.

Liza was immediately given a Primetime series called “Forevermore” on the Kapamilya network. And that’s where the love team of Liza Soberano and Enrique Gil began. After a year it was lined up with the love teams kathNiel and Ja Dine. Like Kathniel they also became a real-life couple who have now been a love team for 7 years. 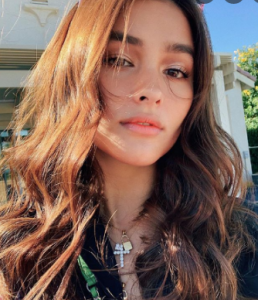 Due to the success of their love team LizQuen, until now their love team is still intact. She became the breadwinner of her family and she built their home and supported her brother Justine.

Ogie Diaz considers Liza Soberano a blessing in his life. Despite her career success, Liza’s values ​​are solid and she knows her goals in life. She also bought a house for her family in America. Liza said this is her dream for her family in a distant country.

Liza temporarily left the Philippines and went to America because her family called her there because of her grandmother’s poor condition. She really loves her grandparents because they raised and took care of her.

In a post by Liza on her social media account about her grandmother.
“She was one of the people who raised me back when I was in America. And I wouldn’t miss thing during tough times for the world.”

While in America Liza makes the most of the time for her family. She was busy with her endorsements and print modeling during the [email protected] Although she has been inactive in the world of showbiz for over a year, she has lived a simple life and focused on her mental wellness. Where Liza and Enrique were seen traveling the falls of Louisiana.

She also focused on her youtube channel. She has also started her podcast “An Open Mind” to discuss mental health issues which discuss stre55, depre55ion, and anx1ety.

What can you say about this? Do you miss her in the spotlight? Kindly share your comments, reactions, and thoughts with us.

Here in our country, many veteran actors are really admired and engraved in the minds …