The much-awaited Gotham Knights video game has released a new trailer that puts the spotlight on some of the villains that players will have to face in the open-world action RPG.

Dropped on August 24th, the trailer reveals two DC Super-Villains – the Mastermind criminal “influencer” Harley Quinn and the shape-shifting colossus Clayface, who are both parts of the vast criminal element threatening the city in Gotham Knights, along with the cold-blooded Mr. Freeze and the secret and sinister Court of Owls.

The video also provides a closer look at Batgirl, Nightwing, Red Hood, and Robin in action as the four knights face off against these fearsome foes while trying to protect a vulnerable Gotham City.

Previously set for release on October 25th, the game, which is developed by WB Games Montréal and published by Warner Bros. Interactive Entertainment, is now scheduled to launch on October 21st for Microsoft Windows, PlayStation 5, and Xbox Series X/S.

What is Gotham Knights game about?

Inspired by the Batman: Gotham Knights comic series, the game is set in Gotham City after the deaths of Bruce Wayne/Batman and Police Commissioner James Gordon, which has resulted in a rise in crime and lawlessness.

Players assume the role of four of Batman’s former proteges — Dick Grayson/Nightwing, Barbara Gordon/Batgirl, Tim Drake/Robin, and Jason Todd/Red Hood — as they attempt to continue his legacy by protecting Gotham upon receiving a pre-recorded message from Batman.

The heroes encounter several supervillains, including the abovementioned Harley Quinn, Clayface, Mr. Freeze, the Court of Owls, and Penguin. Supporting non-playable characters include Bruce’s former butler Alfred Pennyworth and Police Captain Renee Montoya, who is one of the few honest cops left in the city.

To learn more about the backstory behind the events of the game, check out DC’s six-issue prequel series, Batman: Gotham Knights – Gilded City, which is set to be released on October 25th. Each issue includes a code for a redeemable in-game item.

While the game can be played solo, it also features a two-player cooperative multiplayer mode, wherein the second player can drop in and out at any time without affecting the other one. Each of the four playable characters can be mix-and-matched however you want.

The game is now available for pre-order on Amazon, Best Buy, GameStop, Microsoft Store, and Walmart. Fans can also pre-purchase the game via Steam and the Epic Games Store.

How much does Gotham Knights cost? 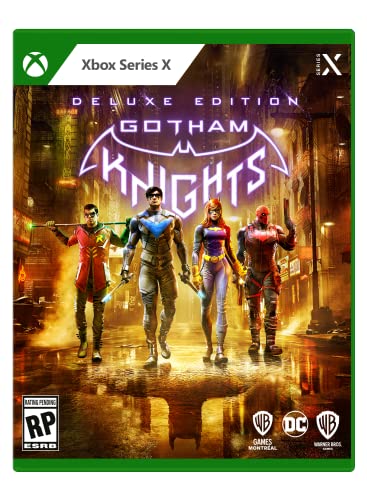 This Gotham Knights video game lets you become Gotham’s newest protector by stepping into the roles of Batgirl, Nightwing, Red Hood, and Robin.

All pre-orders also come with the 233 Kustom Batcycle Skin at launch, which is inspired by the vehicle’s first appearance in DC’s Detective Comics #233.

Previous Ukraine: UN agencies deliver food, health and other support amid fighting
Next Halloween Ends is coming to Peacock this October