Jayda Cheaves net worth: How much is Jayda worth?

Jayda Cheaves, more popularly known as Jayda Wayda, is one of the hottest celebrities in the United States today. She’s a model and brand ambassador with millions of followers across her social media accounts. Aside from being a social media influencer, she’s also a YouTuber, an entrepreneur, and even a book author. With all these different sources of income, it’s not surprising that a lot of people are curious about Jayda Cheaves net worth.

How much is Jayda worth?

As of 2022, Jayda Cheaves net worth is estimated at $4 million. Read on to find out how Cheaves has been able to earn such a huge amount of money over the years.

What is Jayda Cheaves famous for?

Outside of her various business ventures, Cheaves is known for her on-again, off-again relationship with rapper Lil Baby, whose real name is Dominique Jones. Cheaves has appeared in a number of Lil Baby’s music videos, including the ones for the 2019 songs Close Friends and Catch the Sun. The pair welcomed their first child, Loyal Armani, in February 2019.

Cheaves and Lil Baby’s relationship has been challenged with several infidelity rumors over the years. One of the most-talked-about cheating speculations involving the two surfaced in 2020 when adult film actress Ms. London claimed on Instagram that she had a romantic night with the rapper and was paid $16,000 to spend an evening together.

While Cheaves and Lil Baby’s have since moved on from this issue, the latter took to her Instagram account in April 2022 to make it clear that she and the rapper are no longer together.

How does Jayda Cheaves make money?

As mentioned above, a huge portion of Jayda Cheaves net worth comes from her work as a model and brand ambassador. Aside from being a ramp and print model for different brands, she also uses her social media platforms to endorse various clothing items, cosmetic products, and other beauty products.

Some of the brands and companies that she has worked with as an endorser include KISS Colors & Care, Rihanna’s Savage x Fenty lingerie, and fast-fashion retailers Fashion Nova, Pretty Little Thing, and GSU WOO.

Jayda Cheaves as an entrepreneur

Cheaves is also her own boss. She owns a number of different entrepreneurial ventures like the Amour Jayda Hair and Waydamin. The Amour Jayda Hair is an online shop that sells wigs, hair bundles, 100% human-hair clips, and other hair-related products that are made of pure virgin hair. Waydamin, meanwhile, is a fashion line that specializes on bikinis, jumpsuits, and pieces of activewear for women.

In an interview with Rolling Out in 2018, Cheaves shared that she started her very first business on the social commerce marketplace, Poshmark. “My clothes just used to sell out within minutes [on Poshmark],” she recalled at the time. “So, it was, like, instead of selling clothes on Poshmark, I was, like, I could just start my own brand, so I started my own website. Since then, I just had it in me to be my own boss and to be [an] entrepreneur.”

But in a separate interview with The Hype Magazine in 2019, Cheaves admitted that running businesses isn’t easy. “I’ve learned that business can get very difficult,” said Cheaves. “[But] there are so many things that I want to do, so I keep challenging myself to do more, make more money, and meet more people. The entire experience can be trying, but I love it.”

Jayda Cheaves as a YouTuber

A chunk of Jayda Cheaves net worth also comes from her earnings as a YouTuber. Her self-titled YouTube account has over 350,000 subscribers as of July 2022. Her very first vlog, aptly titled Jayda’s First Vlog, premiered three years ago and has already surpassed the 460,000-view mark. But her most-viewed YouTube video ever is her vlog titled Happy Fathers Day. Uploaded on June 24th, 2020, the video finds Cheaves celebrating Father’s Day with Lil Baby and their son Loyal Armani.

Aside from videos giving fans a peek at her personal life, Cheaves also uploads mukbang videos, makeup tutorials, quarantine videos, as well as content promoting her many businesses.

Jayda Cheaves as a book author

Aside from being an endorser, YouTuber, and the boss of her own businesses, Cheaves also earns money from the sales of her book, The Young Boss Blueprint: 15 Steps to Becoming a Young Boss. Published in February 2018, the book looks back at Cheaves’ journey of becoming an entrepreneur and breaks down the most important steps to becoming a successful and inspiring boss. 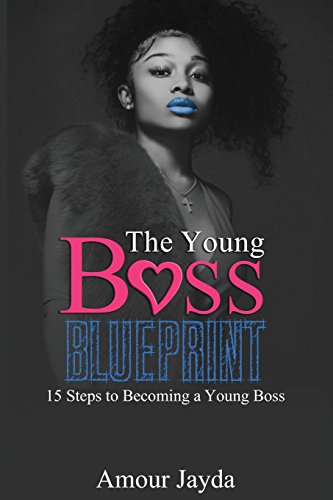 The Young Boss Blueprint: 15 Steps to Becoming a Young Boss

This book by Jayda Cheaves enumerates the most important steps to becoming a successful and inspiring boss.

Where is Jayda Cheaves from?

Cheaves was born in Savannah, Georgia on September 25th, 1997, and spent most of her early life there. Cheaves is currently 24 years old.

Cheaves’ mother is Tricia Cheaves. Though not much is known about her dad, it is public knowledge that she has a younger brother named Len and a sister named Ameerah.

In 2015, Cheaves graduated from the Windsor Forest High School in Savannah, Georgia. According to multiple sources, she also earned a bachelor’s degree at the University of Georgia.