Moses Hacmon net worth: How rich is Trisha Paytas’ husband?

If you’re a fan of YouTuber Trisha Paytas, then you probably know who Moses Hacmon is. Hacmon is Paytas’ husband, and while he has been appearing on her YouTube videos since they got together, creating online content is not his main profession. Unbeknownst to many, Hacmon is an architect, furniture designer, and photographer. Curious about how rich he is? Read on to find out Moses Hacmon net worth and his different sources of income.

What is Moses Hacmon net worth?

According to News Unzip, Moses Hacmon net worth is estimated at $5 to $6 million as of 2022. Below is a rundown of how he was able to accumulate such a huge amount of money.

Moses Hacmon as an architect and furniture designer

A big portion of Moses Hacmon net worth comes from his earnings as an architect and furniture designer. According to his LinkedIn account, Hacmon has been working as a freelancer in Los Angeles since 2010 and is currently not affiliated with any architecture firm or furniture company. But prior to working as a freelancer, he previously worked for the design studio Lenny Steinberg Design.

Moses Hacmon as a photographer and videographer

Hacmon also works as a freelance photographer and videographer. Since 2007, he has been documenting performances and art shows in Los Angeles and New York and has been designing and producing video projections for theater shows and art shows.

Hacmon studied cinematography and fine art at the Avni Institute of Art and Design and attended the Technion – Israel Institute of Technology, which are both located in Israel.

Hacmon’s most popular work as a photographer is called Faces of Water, a collection of photos that captures water’s invisible forms. Hacmon worked out a technique involving a special type of film with a layer of liquid iron that records the movement of the water itself. An analog process from start to finish, the technique creates a film that leaves Hacmon with a full-size negative, which he then develops into pictures. All of the photographs from the collection look like water, but no two are quite the same.

Hacmon’s Faces of Water has been featured at different art exhibitions across the United States. According to News Unzip, Hacmon earns approximately $13,000 – $15,000 per exhibition.

Moses Hacmon as an entrepreneur

Moses Hacmon net worth is also boosted by the sales of Faces of Water merchandise. Hacmon has set up an online store where fans can purchase his signature water photographs printed on different media of various sizes. These artworks sell from $10 – $120.

Moses Hacmon as a YouTuber

Moses Hacmon as a book author 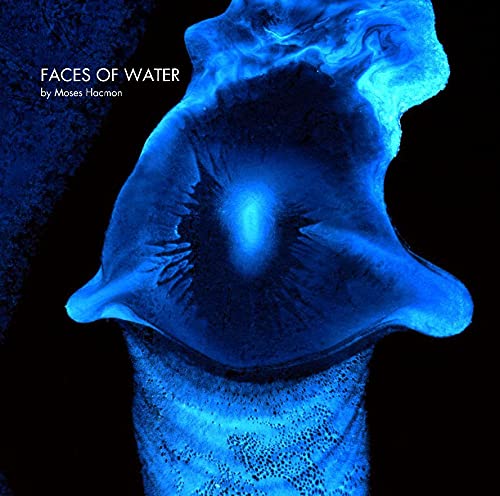 Moses Hacmon’s Faces of Water is part art, part science, and part spiritual awakening. It is a breathtaking, haunting collection of photographic images of water that transforms and advances our understanding of this life-giving substance, and exposes a layer of reality previously hidden from sight.

Moses Hacmon as an actor

Though acting has probably little contribution to Moses Hacmon net worth, he actually has experience playing a role in front of the camera. Hacmon made his acting debut in the 2010 drama fantasy movie Through the Promised Land, in which he played the role of Tom. He also played Jesus in two shorts: in 2010’s Soul’d and in 2015’s About a Man.

To get an estimate of Moses Hacmon net worth, his real estate properties and vehicles have also been taken into account. Hacmon reportedly bought a $3.7 million mansion along with Paytas in Westlake Village in California. He also owns a red Ferrari, which he flaunted on Instagram.

Hacmon, whose real name is Moshe Hacmon, is currently 44 years old. He was born on October 29th, 1997 in Tel Aviv, Israel. His mother’s name is Ilana Hacmon, while his father’s name is not public knowledge. The eldest of four siblings, Hacmon has one younger brother and two younger sisters, including Hila Klein, the co-host of the h3h3Productions YouTube channel and wife of social media personality, Ethan Klein.

Hacmon attended Hess High School from 1992 to 1995, where he studied cinematography video production, and set design. He also attended the Israeli Air Force Flight School from 1996 to 1999. Prior to working as an architect and photographer, he worked as a security officer at the American Embassy in Tel-Aviv from 1999 to 2001, and as a special security officer at the Israeli Airline from 2002 to 2006.

As mentioned above, Hacmon is married to Trisha Paytas. The couple started dating in March 2020 and got engaged in December of that year. A year later, the two tied the knot.

In February 2022, Paytas announced that she was pregnant. Fast forward to September 2022, Paytas and Hacmon welcomed their first child together, a daughter named Malibu Barbie.