‘My children ask me, what is Syria?’ Za’atari refugee camp enters second decade

2022 marks the tenth anniversary of the UN-run Za’atari refugee camp in Jordan. It is the largest in the Middle East – and one of the largest in the world – and home to some 80,000 Syrians. UN News spoke to some of the refugees about life at the camp, and their hopes for the future. 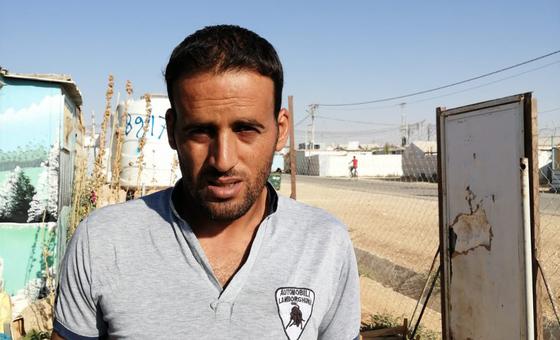 Adil Toukan came to Za’atari camp in April 2013, from the city of al-Sanamayn in the Daraa governorate in southern Syria, along with his wife and two young children.

Since then, he and his wife have had three more children, who know nothing about their home country.

Life is stable, in terms of the living conditions, security, and infrastructure. The educational situation is excellent [There are 32 schools in the camp, 58 community centres, and eight clinics in the camp].

Electricity is available for eight hours per day. There is a sewage network and a water network. There are asphalt roads and an internal transportation network.

We want our children to have a better life than us, in terms of education, study and work." 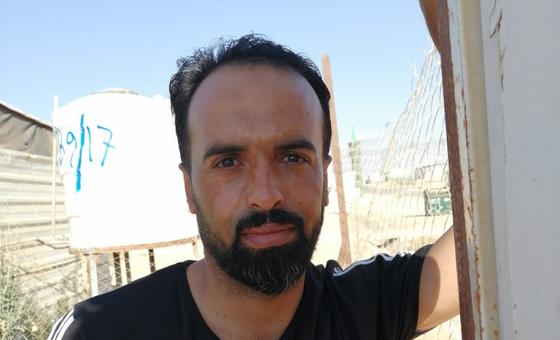 ‘No one came here willingly’

Qassim Lubbad, from Daraa governorate, came to the camp in May 2013. He is not optimistic about the situation in Syria.

“Surely no one came here willingly. I came from Syria with five children and had three children here in the camp.

Everyone came because they were forced to seek safety and security. There was suffering. Families took different routes. We spent more than 72 hours moving from one village to another until we reached the border and entered Jordan.

When I talk to my children about Syria, and tell them that we have family there, they ask me: What is Syria? I explain that a war broke out, and we came to the camp. I tell them that staying here in the camp is not our choice: when things calm down and the security situation improved, we will return to Syria.

They ask me about their future here and whether they will complete their studies and then marry and own homes here. I answer them that this matter is not in our hands, but in the hands of God, and that just as we came without prior planning, we can also return to Syria without prior planning".

I hope that the situation will change for the better. I miss everything in Syria: the air and water, childhood, memories, parents and relatives". 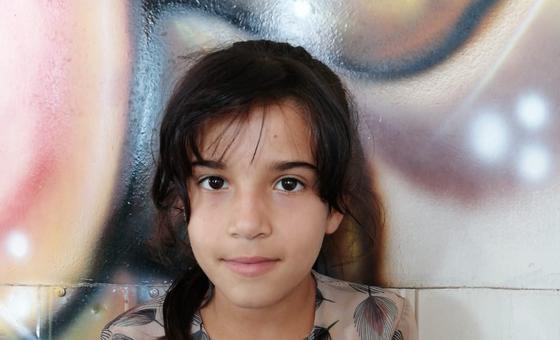 ‘I want to become a policewoman to serve my people’

More than 20,000 births have been registered in Za’atari since it opened a decade ago. An entire generation of children has grown up there, and the camp has become their world.

Ten-year-old Ghina was born in Syria and came with her family to Za’atari camp when she was only 6 months old.

“I study in the third grade. I love school here. I like mathematics and English, but my favourite subject is Arabic. My dream is to become a policewoman when I grow up, because I want to serve my people.

I miss my grandparents very much. They are still in Syria. I talk to them every day, and they show me pictures of our house and tell me about the past. I am so excited to see them." 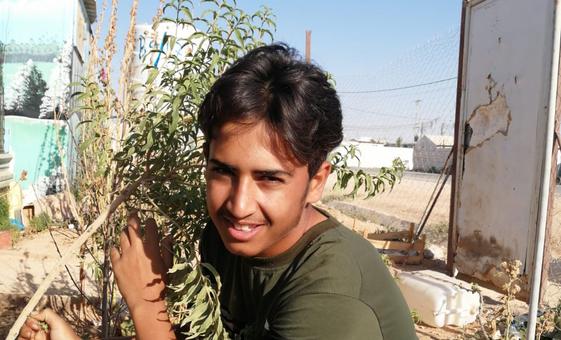 Mohammed Gasim Al-Lubbad, a young refugee from the Zaatari camp in Jordan., by Adil Tughan

‘The situation in Syria is not good’

Fourteen-year-old Muhammad came to the camp when he was only four. He says he remembers coming to the camp.

I knew that we had come to the camp in search of safety and security. I do not want to return to Syria because the situation is not good.

I want to be a doctor in the future, because medicine is a beautiful profession and a good career.”

Previous Ukraine: More than 14,000 casualties to date but ‘actual numbers are likely considerably higher’
Next The Little Mermaid live-action movie gets a teaser trailer