Past MTN DEW VOO-DEW flavors are coming back

This year’s Halloween will be extra spook-tacular with the return of the first three flavors of MTN DEW VOO-DEW.

What is MTN DEW VOO-DEW?

Launched in 2019 and released annually for the trick-or-treat season, VOO-DEW is a series of Halloween-themed mystery flavors of MTN DEW. Every year, the mystery flavor is revealed by MTN DEW’s parent company, PepsiCo, on Halloween night.

Previously released VOO-DEW flavors will return this October in a Halloween 6-pack aptly called The Ghost of MTN DEW VOO-DEW Past. The throwback bundled treat contains 2 cans of VOO-DEW 1.0, 3 cans of VOO-DEW 2.0, and 1 can of VOO-DEW 3.0. 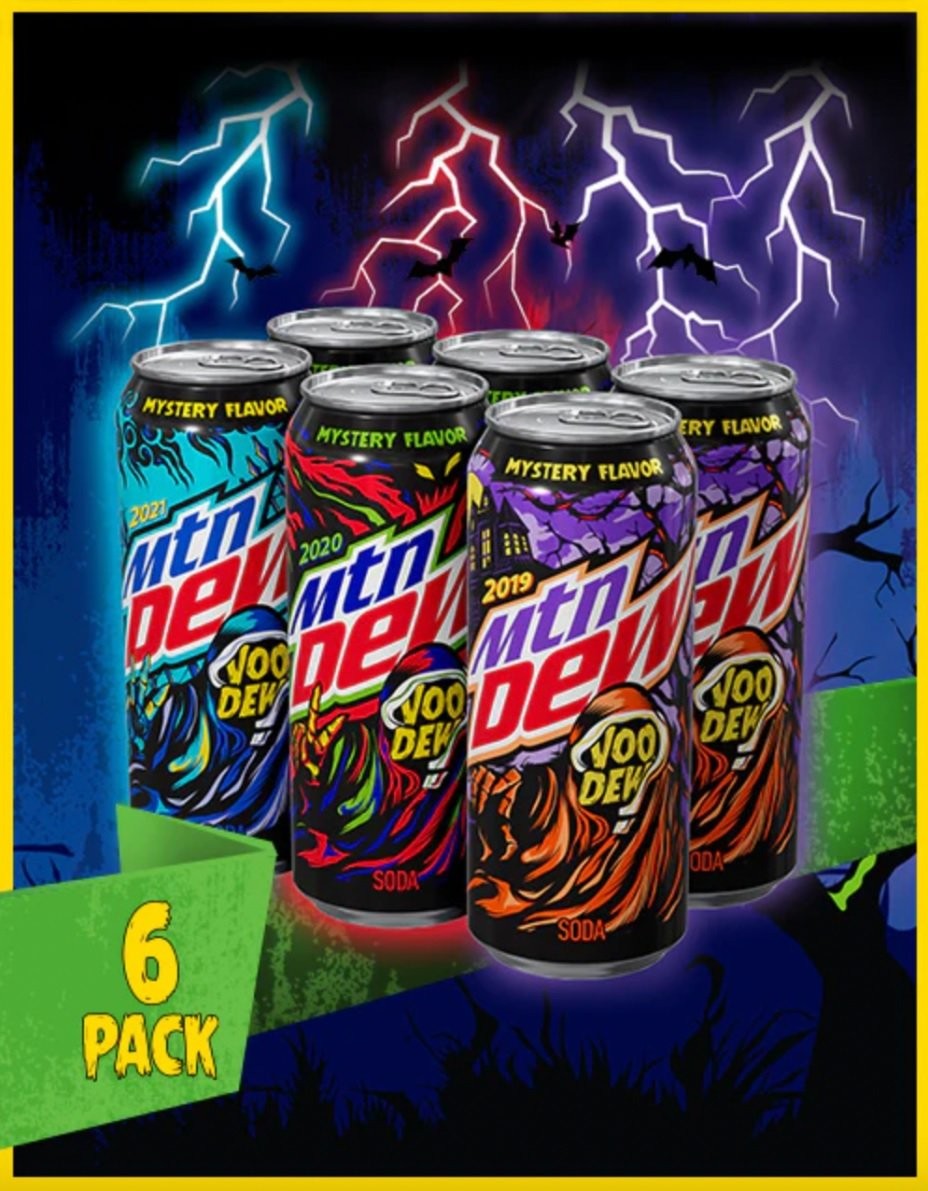 Where to buy The Ghost of MTN DEW VOO-DEW Past

Unlike the VOO-DEW 4.0 that is now available in stores nationwide, The Ghost of MTN DEW VOO-DEW Past will be exclusively available to DEW Nation HQ (DNHQ) members on The DEW Store website starting on Monday, October 24th. Each 6-pack costs $19.99, which already includes shipping. To make the limited-edition bundle available to more DNHQ members, the soda brand has put a limit of two 6-packs per order.

The Ghost of MTN DEW VOO-DEW Past isn’t the only treat the beverage brand has for its fans this Halloween. Last August, it was announced that MTN DEW has partnered with retailer Spirit Halloween for a new collection of costumes inspired by the VOO-DEW Grim character, classic MTN DEW flavor, MTN DEW Baja Blast, and MTN DEW Code Red.

“DEW has a history of treating fans during Halloween with our much-anticipated annual mystery flavor drop,” said Pat O’Toole, Chief Marketing Officer at MTN DEW, in a statement. “This year, we’re excited to partner with Spirit Halloween to help DEW Nation take their Halloween to the next level by bringing this exclusive collection to doorsteps nationwide.”

For Spirit Halloween’s part, Kym Sarkos, the retailer’s Executive Vice President, said: “MTN DEW, like Spirit Halloween, has some of the most fanatic followers of any brand in the U.S. and we are thrilled to team up with them to introduce the first-ever officially licensed MTN DEW Halloween costumes. Whether you’re dressing up as one of your favorite DEW flavors or going all in as the VOO-DEW Grim, these limited-edition costumes are sure to turn heads this Halloween season.”