Where to watch Game of Thrones

Wondering where to watch Game of Thrones years after it aired its finale on HBO? Well, we’ve got you covered! Here are all the legitimate ways to rewatch or catch up on the hit fantasy drama online.

Is GOT on HBO Max?

Yes. Game of Thrones is available to stream on HBO Max. You can watch the entirety of the hit fantasy drama using HBO Max on almost any smart device including Apple TV, iOS, Android, and even Chromecast through the HBO Max app or the HBO website, as long as you have a subscription.

Watch Game of Thrones on HBO Max from $9.99 a month Subscribe Now

Can you watch Game of Thrones for free online?

There is currently no way to watch Game of Thrones for free online. All streaming services that offer the critically acclaimed series are paid, so it’s only a matter of finding the cheapest one. That being said, Hulu offers HBO Max with a 7-day free trial. After that, it’s $14.99 a month for the HBO Max add-on and $6.99 a month for the Hulu base plan.

If you are only looking to watch a single episode or a particular season of Game of Thrones, you can buy or rent specific installments of the series on Amazon or Vudu for as low as $2.99 per episode. 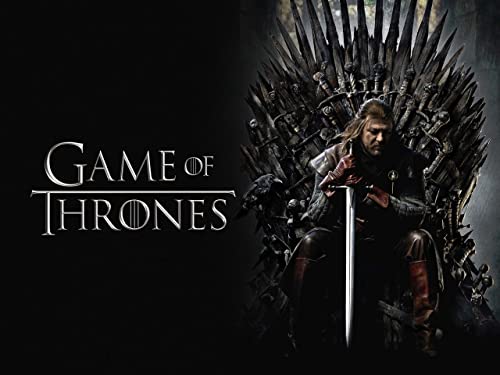 Is Game of Thrones on Netflix?

No. Game of Thrones is not available to stream on Netflix.

Where to watch Game of Thrones online

The series is only available to stream on HBO Max and Hulu in the United States. As mentioned above, episodes and seasons of the show are also available for purchase or rent on Amazon and Vudu.

How many seasons of Game of Thrones are there?

How many episodes in GOT season 1?

The freshman run of Game of Thrones is comprised of 10 episodes. Seasons 2 to 6 also have 10 episodes each. But season 7 and season 8 of the show only have seven episodes and 6 episodes, respectively.

About Game of Thrones

Created by David Benioff and D. B. Weiss, Game of Thrones is a television adaptation of A Song of Ice and Fire, a series of fantasy novels by George R. R. Martin, the first of which is titled A Game of Thrones.

Set in the fictional Seven Kingdoms of Westeros and the continent of Essos, Game of Thrones tells multiple simultaneous plot lines.

The first story arc concerns a very political war of succession among competing claimants for control of the Iron Throne of the Seven Kingdoms, with other noble families fighting for independence from whoever sits on it. The second story arc centers on the last descendant of the realm’s deposed ruling dynasty, who has been exiled to Essos and is plotting to return and reclaim the throne. The third story arc follows the military order called the Night’s Watch as they brace themselves for the coming winter and defend the realm against threats from beyond Westeros’ northern border.

Game of Thrones features an ensemble cast that has been estimated to be the biggest in the history of television. Some of the show’s most notable main cast members include Kit Harington as Jon Snow, Emilia Clarke as Daenerys Targaryen, Peter Dinklage as Tyrion Lannister, Lena Headey as Cersei Lannister, Nikolaj Coster-Waldau as Jaime Lannister, Maisie Williams as Arya Stark, Sophie Turner as Sansa Stark, Isaac Hempstead Wright as Bran Stark, and Alfie Allen as Theon Greyjoy, among many others.

Throughout its entire run, Game of Thrones received a total of 59 Primetime Emmy Awards, the most by a drama series, including Outstanding Drama Series in 2015, 2016, 2018 and 2019. It also won three Hugo Awards for Best Dramatic Presentation, a Peabody Award, and five nominations for the Golden Globe Award for Best Television Series – Drama.

Though the show’s final season received significant critical backlash for its reduced length and creative decisions, several critics and publications have named the show as one of the best television series of all time.

Previous OnePlus 10T and OxygenOS 13 launch date announced
Next How much is the World of Warcraft subscription?