Why was Star Trek The Next Generation cancelled?

Star Trek: The Next Generation aired from 1987 to 1994. It was the most popular syndicated series of all time, attracting an average of 15-20 million viewers during its entire seven-season run. With the show remaining at the height of its fame, the cast and crew were initially contracted for a planned Star Trek: The Next Generation season 8. But everyone was surprised when Paramount decided to end the series one full season earlier than originally planned. So why was Star Trek:The Next Generation cancelled at the height of its success? There were many theories about what might have caused the show’s cancellation, but you can find the real reasons below:

Why was Star Trek The Next Generation cancelled according to Rick Berman?

In an interview with Entertainment Weekly back in 1994, Star Trek: The Next Generation executive producer Rick Berman revealed that Paramount’s reasoning for ending the show was partly driven by the rising production cost of the series and the studio’s plan to keep the Star Trek film franchise going.

“The bottom line is that a successful feature-film franchise can be more profitable than a TV series,” said Berman at the time. “We thought it was time to launch Next Generation as a movie franchise, and we didn’t think we could do the television series at the same time.”

In addition, the studio was reportedly confident that the Star Trek TV series franchise would continue to be strong with Star Trek: Deep Space Nine already airing in syndication during the final season of Star Trek: The Next Generation and Star Trek: Voyager preparing to be launched on the United Paramount Network in 1995.

In the same interview, Berman said that rumors that Star Trek: The Next Generation was ending because lead actor Patrick Stewart had grown bored of his role as Jean-Luc Picard was “totally untrue”. The executive producer also denied hearsays that other cast members were getting fed up with Stewart’s supposed prima donna-ism on the set, calling these speculations, “Totally, totally untrue.”

Apparently, there’s also no truth to speculations that the show’s early cancellation was due to a drop in viewership, as the fans’ strong investment in the characters and stories of the series was actually what inspired Paramount to bring the series to the big screen.

When did Star Trek: The Next Generation stop filming?

Filming for Star Trek: The Next Generation ended in May 1994. And when Stewart completed his final scene for the series, the actor delivered a surprise farewell address. 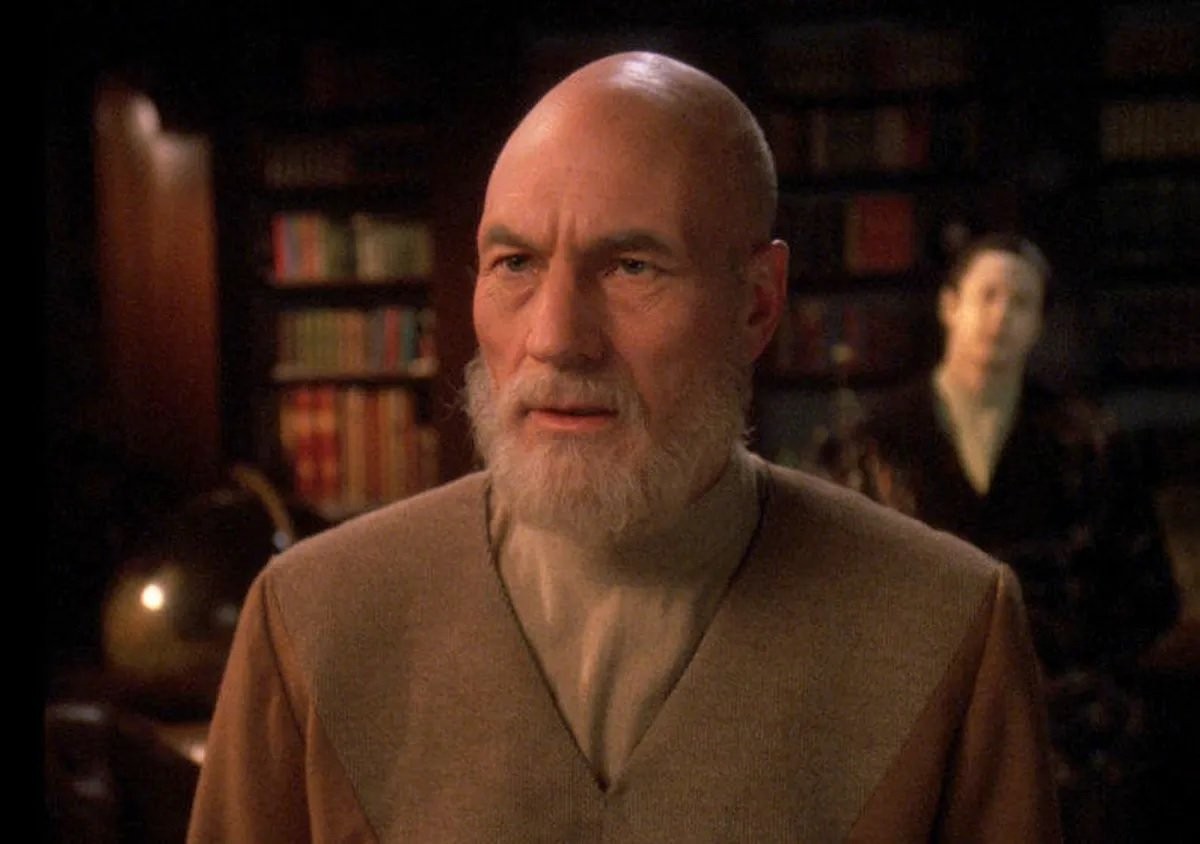 Patrick Stewart as Jean-Luc Picard in Star Trek: The Next Generation finale

“I’ve been cleaning out my trailer, and I found a piece of paper,” the actor told the cast and crew present on set at the time. “It’s a quote that I read at (the late franchise creator Gene Roddenberry’s) memorial, and it suddenly seemed really appropriate.”

Reading from the writings of British psychotherapist Robin Skynner, Stewart continued, “To walk, we have to lean forward. Lose our balance, and begin to fall. We let go constantly of the previous stability, falling all the time, trusting that we will find a succession of new stabilities with each step. Our experience of the past, and of those dear to us, is not lost at all, but remains richly within us.’”

When was Star Trek Generations made?

Despite delivering a farewell speech, Stewart didn’t really leave the Star Trek universe, as he and the rest of the show’s main cast members were reunited on the set of the 1994 film Star Trek Generations just four days after wrapping production on Star Trek: The Next Generation. 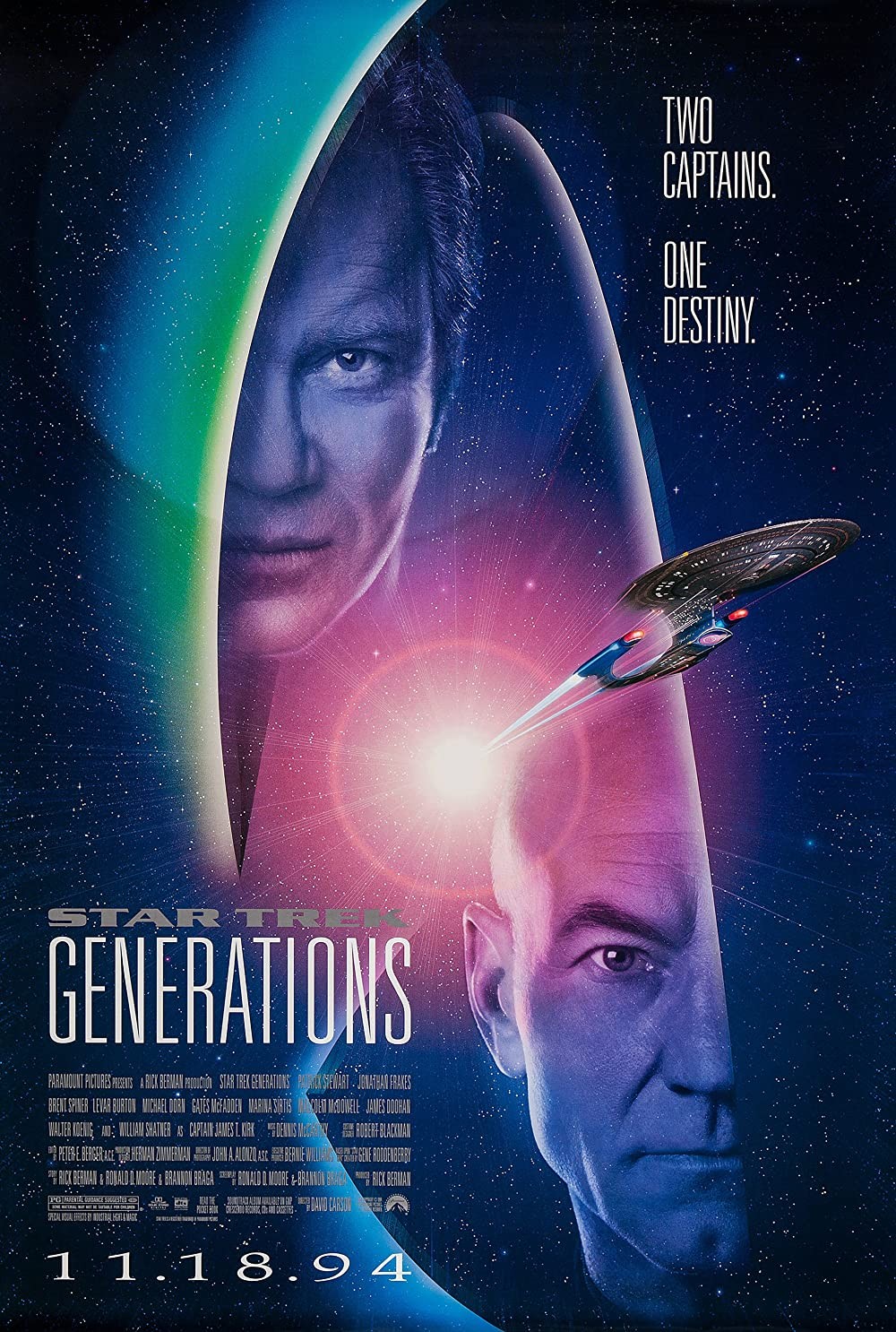 How did Star Trek: The Next Generation end?

Since producers of Star Trek: The Next Generation knew that the series would end with its seventh season and get relaunched as a film, they were able to craft a finale that feels complete and not rushed.

In the show’s two-hour finale, titled All Good Things…, Picard bizarrely found his mind jumping among three points in time: the present; seven years earlier; and over 25 years into the future. These jumps occurred without warning, and the resulting discontinuity in Picard’s behavior left him and those around him concerned about his mental health.

After reaching the courtroom where he had met Q (John de Lancie) in the show’s pilot episode, titled Encounter at Farpoint, Picard found out that the trial from the show’s pilot never ended, and the spatial anomaly Picard was facing was humanity’s last chance to prove themselves to the Q Continuum.

As Picard reached the anomaly in all three time periods, he found out that the anomaly was much bigger in the past, but did not exist in the future. As the past and present Enterprises scanned the anomaly with inverse tachyon pulse beams, the Pasteur was attacked by Klingon ships, but the crew was saved by the arrival of the Enterprise under the command of Admiral William Riker (Jonathan Frakes).

Q then appeared to Picard and took him to Earth 3.5 billion years ago, where the anomaly had taken over the whole of the Alpha Quadrant and had prevented the formation of life on Earth. When Picard came back to the future, he discovered the anomaly had just appeared and was created as a result of his orders, and the tachyon pulses from the three eras were sustaining it.

Data (Brent Spiner) and Geordi LaForge (LeVar Burton) were confident that they could stop the anomaly by having all three Enterprises from different timelines fly into the center of it and create static warp shells. Though Picard relayed those orders to each Enterprise, all Enterprises suffered catastrophic damage, with Q telling the future Picard that “all good things must come to an end” just before the future Enterprise explodes.

After which, Picard found himself facing Q in the courtroom as before. Q congratulated Picard for simultaneously solving the puzzle by thinking in multiple timelines ― proof that humanity could still evolve. Q then explained that the anomaly had been stopped and that Picard’s past and present had already been restored. Picard then came back to the Enterprise of the present, no longer jumping through time. Watch the final scene of the series below:

Aired on May 23rd, 1994, All Good Things… was generally well received by fans and critics alike, and marked the transition of the cast to the movies, as well as passing the TV audience to spinoffs based on similar settings. Considered one of the show’s best episodes, the installment was watched by 30 million viewers.

How many episodes of Star Trek: The Next Generation are there?

The series comprises a total of 178 episodes over 7 seasons.

If you buy something from a GEEKSPIN link, we may earn a commission